Taco chicken is on the way I like chicken a lot. There is so many different way you can cook them. What I don’t like is a tough dried chicken. Well …

The best Taco chicken – get a juicy tasty chicken this way

The music and lyrics of Miss Celie’s Blues (aka: Sister) was a collaboration between Quincy Jones, Rod Temperton and Lionel Ritchie, for The Color Purple, a film-adapted… END_OF_DOCUMENT_TOKEN_TO_BE_REPLACED

Classic French Chocolate Mousse A decadent dessert that has all of THREE ingredients and is amazingly easy to prepare. Yes, please! PLUS it’s make-ahead so no need… END_OF_DOCUMENT_TOKEN_TO_BE_REPLACED 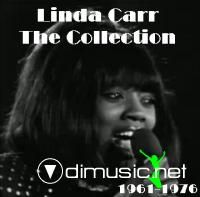 Linda Carr is an American pop-soul singer. Before going solo, she was a backing singer for James Brown, replacing Tammi Terrell.

She and her band The Love Squad had a Top 20 1975 hit in the UK with a song called “Highwire”.wiki

Monday, January 25, by America On Coffee

“The Look of Love” is a popular song composed by Burt Bacharach and Hal David and sung by English pop singer Dusty Springfield. The song is notable for it’s sensuality and its relaxed bossa nova rhythm.

The song was featured in the 1967 spoof James Bond film Casino Royale. In 2008, the song was inducted into the Grammy Hall of Fame. It also received a Best Song nomination in the 1968 Academy Awards.

The Kennedy Center Honors is an annual event given to those in the performing arts for their lifetime of contributions to American culture. Tonight, Barbra Striesand is… END_OF_DOCUMENT_TOKEN_TO_BE_REPLACED

Pancakes are a holiday staple around our house, but they always make me feel a bit sluggish—even gluten free ones. I discovered that oat flour …