Posted on 29,01, by Americaoncoffee 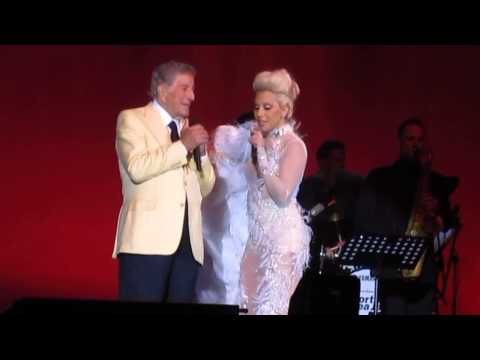 Tony Bennett and Lady Gaga recorded a version of this song for his 2011 album Duets II. Bennett praised Gaga’s performance in the song, saying that she is a real “jazz lady”. They performed the song live on ABC‘s Thanksgiving special dedicated to, written, directed, produced and hosted by Gaga, entitled A Very Gaga Thanksgiving. They were the opening number, singing next to an old piano in a casual obscure room. Bennett said, “I see in Lady Gaga a touch of theatrical genius, she is very creative and very productive, I think as time goes on she might be America’s Picasso. I think she’s going to become as big as Elvis Presley.” The song, even though not officially released, got to enter the Japan Hot 100 chart, where it managed to reach the top 40. It also entered the top 200 extension to the UK Singles Chart.

Following the single, Bennett drew a sketch of Gaga naked for the January 2012 issue of Vanity Fair, which was then auctioned for $30,000. The money raised went to charity, supporting the Exploring the Arts (ETA) and Born This Way Foundation.

The song as well as its music video received critical acclaim for both Bennett and Gaga’s vocals as well as for the simplicity of the video, which departed from Gaga’s previous efforts. The song received praise from both E and MTV. Other critics expressed hopes that Gaga would release her own jazz music after this successful effort. Wiki

3 thoughts on “Tony Bennett, Lady Gaga – The Lady is a Tramp”