Coffees from the Americas : Colombia

Colombia is the paradox of the specialty coffee world. Its 100% Colombia campaign, featuring the ubiquitous Juan Valdez, is a model of successful coffee organization and marketing. Colombia remains the only premium single origin coffee able to compete successfully in the arena of canned supermarket blends.

Although it ranks second to Brazil in total coffee production — with about 12 percent of the world’s total coffee production compared to Brazil’s 30 to 35 percent — most of Colombia’s 12 percent is excellent coffee, grown at high altitudes on small peasant holdings, carefully picked, and wet-processed. The Colombia Federation of Coffee Growers ranks among the world’s most thorough-going and successful efforts at organizing and supporting small-holder coffee farmers. 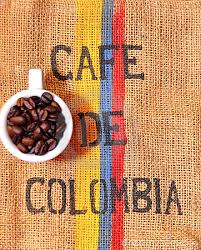 Nevertheless, for most specialty coffee aficionados and professionals Juan Valdez is Rodney Dangerfield’s Latin cousin. Colombias carry nowhere near the insider panache of the coffees of Kenya, Guatemala, even of Papua New Guinea and Zimbabwe. Colombia sells well in specialty stores only because it is the sole name on the menu that coffee neophytes recognize.

It would appear that Colombia’s remarkable success at producing large and consistent enough quantities of decent quality coffee to position it at the top of the commercial market has doomed it as an elite origin. The Colombia Coffee Federation has evolved a system wherein hundreds of thousands of small producers wet-process their coffee on or close to their farms, and deliver it to collection points and eventually to mills operated by the Federation, where the coffee is sorted and graded according to rigorous national standards.

There is an inherent leveling effect in such an arrangement. One farmer’s wet processing and microclimate may be exceptional and another’s may be mediocre, but both end up mixed in the same vast sea of coffee bags in which the only discriminations are the broad ones imposed by grading criteria. The regional origins famous in the earlier part of the 20th century — names like Armenia, Manizales, Medellin — are now lost in a well-organized but faceless coffee machine.Source

“GRAYSON HUGH – WHAT IT’S ALL ABOUT”

Grayson Hugh is an American singer-songwriter, pianist, Hammond B3 organ player and composer. (Hartford, Connecticut, October 30, 1950) He is best known for his 1989 hit “Talk… END_OF_DOCUMENT_TOKEN_TO_BE_REPLACED

When you hear the lyrics to Michelle Branch’s song you may become a bit confused because many of the lyrics are portions and resounds of similar recordings.… END_OF_DOCUMENT_TOKEN_TO_BE_REPLACED

“Before the next teardrop falls – Makali”

“Before the next teardrop falls – Makali” Makali, is seemingly an obscure artist who sings this duo with Beix. In Makali’s musical associations are 4 main references:… END_OF_DOCUMENT_TOKEN_TO_BE_REPLACED