Posted on 16,11, by Americaoncoffee 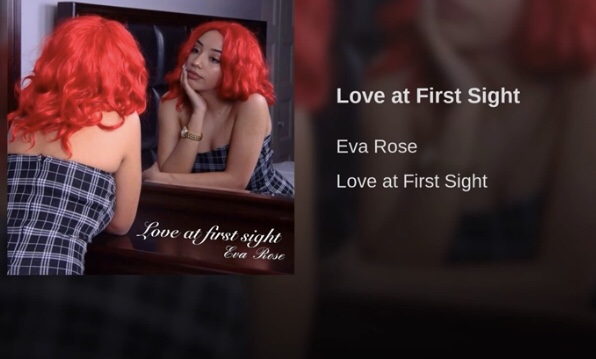 At 11, Eva learned to shred on electric guitar after her dad, a self taught guitarist, introduced her to the ways of the alt-rock trendsetters of the ‘90s and ‘2000s, such as Avril Lavigne, Paramore, The Killers, and Weezer. Inspired by the music that soundtracked her childhood, Eva drew influence from these idols, and began writing her own songs at the age of 16.

Growing up in Los Angeles, Eva was an avid consumer of alternative rock and pop-punk music, despite being denied participation by her male counterparts. Now, Eva seeks to carve out a place for women, especially women-of-color, in rock music where they are able to to be unapologetic, angry, loud, and feminine, without feeling pressure to appeal to the male lens.

Eva molds the male-dominated genre to fit a feminine form, celebrating the brazen and bold as she claims her space in the genre.

Eva first entered the music scene in April of 2018 with her debut single, “Never Know That,” a triumphant anthem reflecting on heartbreak. “Never Know That” captures the resilience of a broken heart, and the strength of choosing not to let someone know you miss them.

In July, Eva followed up with her second single, “Walk By,” a grittier, upbeat, and torchy cry for space from a situation. Eva has captivated audiences at Arlene’s Grocery, Sunnyvale, and Sofar Sounds NYC in New York City, and the Mint LA, and The Study Hollywood in Los Angeles. Now, Eva studies recorded music at the Clive Davis Institute at NYU and is recording her debut EP. source