Posted on 31,10, by Americaoncoffee

she, my date had eaten all of the food. “How could this be”? I thought. 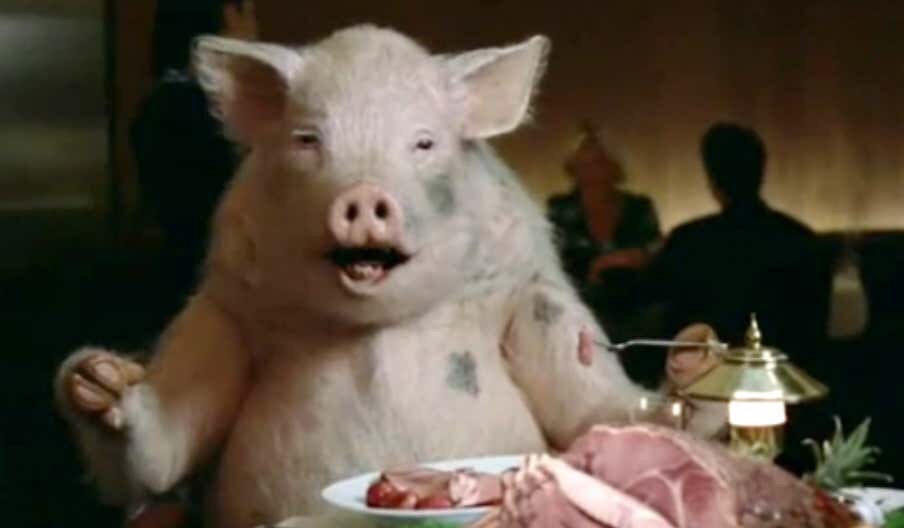 Think of the best first date you ever went on.

Got it? Okay, what did you do immediately afterwards?

If you’re like some women I’ve been out with, you called up your best friend and gushed all about the date. You even posted a not-so-subtle status update on Facebook. Something along the lines of, “Just had an AMAZING night!”

Before you gushed to your best friend, before you flaunted your euphoria all over Facebook, did you ever stop to consider how your date might have felt about that “amazing” night?

One scenario I encounter frequently on dating advice sites is the woman who goes on a fabulous first date, only to find herself confused when she never hears from that guy again. So, she’s left to wonder … What happened?

Invariably, sympathizers chime in that the guy is obviously a douchebag, a player. Or, if they’re being forgiving, they suggest perhaps he just got out of a serious relationship and realized that he’s not ready to date.

These answers generally drive the point across: For whatever reason, he lost interest. And she just needs to move on.

I’m not sure I agree.

I think the issue might be something different. I think these women are worried about the scratch on the paint job, when they really need to check the sputtering engine underneath. Because my perception is that the guy was never interested in the first place.

Speaking for myself, I’ve discovered that when I’m with someone I really like, I actually become more opinionated and argumentative. It’s not that I purposely try to be difficult, it’s just that if I’m romantically interested in a woman, then I want her to see the real me—my opinions, my beliefs, everything. I have to expect that we won’t always see eye-to-eye.

On the other hand, if I realize that I’m not interested in seeing someone again, I have no problem maintaining the façade for just one night. If doing so calms the treacherous waters of the dating seas, I’m all for that. And I’ve certainly been dating for long enough to know how to maintain a damned good façade. I know how to be witty and charming. I know how to plan a good time. I know how not to argue with my date.

So, maybe I’m on a first date. And maybe I’m just not feeling it, whatever you want to define “it” as. It could be that I’m not physically attracted to her. Or it might even be that I realize our beliefs are way too different for us to be compatible.

Either way, I figure I might as well make the best of the evening. So, I muster up whatever enthusiasm I can for whatever we end up chatting about. If she gets on a topic I have no interest in whatsoever, I let her talk, but interject with just enough questions to keep the conversation flowing. If she makes a passing comment that I vehemently disagree with, I choose not to engage her. Even if she says something that I feel is patently wrong, I just smile and nod along.

Effectively, I’ve checked out. I’m still listening, of course. To not do so would be rude. I just don’t think it’s worth it to challenge someone I’m not planning on seeing again.

Of course, in this case, I come across as way more cool and laid back than I actually am. So, she starts thinking, “Wow, this guy is such a good listener and truly interested in everything I have to say. And we seem to agree on so many things!”

And then, she gets excited at how great of a time she believes we’re both having.

“Now, hold on a second, asshole,” you might be yelling at your computer screen. “How would you know she’s having a great time? Maybe she’s going through the motions, too.”

Sure, it’s totally possible. I can’t deny that. As a rule of thumb, if I have even the slightest tinge of uncertainty that she didn’t partake of the good time that was had by me, then I simply keep the details of the date to myself. That way, I don’t have to suffer the utter humiliation when my buddies ask me whatever happened to that “awesome chick” I went out with a couple weeks ago. I made that mistake once. I will never make it again.

Point being, first dates are filled with an inordinate number of tiny social cues, any of which can easily be missed. And that’s why we have to make sure we consider how the date went for the other person before we start basking in our own euphoria and prepping for date number two.

So, the next time you go on an amazing first date, before you tell your friends about it, before you broadcast your joy all over Facebook, do a little self-check:

Was he a little too agreeable, a little too down-to-earth? Did he barely talk about himself and only ask questions about you? That’s not necessarily a positive attribute, you know. Were you impressed that he wasn’t trying to impress you? Because a lack of bravado on his part could just as well reveal his disinterest. Did he seem just a little too perfect, almost as if he knew the exact right thing to say at every moment? Because that’s really just the sign of someone who’s been on a lot of first dates. thefrisky.com

2 thoughts on “FIRST, MY STORY: I MET HER ON AN ONLINE SITE WHICH READ: “Beautiful Women From Norway”. She was stunning! I took her to a prestigious restaurant in upstate New York. She ordered, a feast of finger foods, 2 plates of garlic bread, a giant roasted lobster, 2 skewed legs of lamb, 1/4 plate of garnished ham, a spinach casserole, a Big bottle of the best wine, just for her, artichoke soup with black truffle. As for me, I only ordered a glass of wine to sip on. Then I stepped away to the men’s room for 10 minutes. When I returned,”