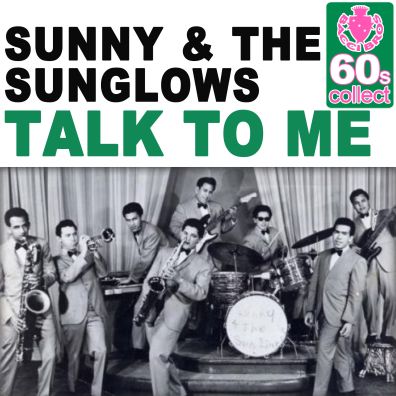 The group’s members were all chicanos with the exception of Amos Johnson Jr., and their style was a blend of rhythm and blues, tejano, blues, and mariachi.They first recorded in 1962 for their own label, Sunglow. Okeh Records picked up their single “Golly Gee” for national distribution that year, and in 1963, Huey P Meaux, a producer from Louisiana and owner of Tear Drop Records, had them record a cover “Talk to Me” version of Little Willie John’s 1958 hit.

5 thoughts on “SUNNY AND THE SUNLINERS “TALK TO ME””

The Very Beginnings of a Young Chef

THE TOQUE IS A CULINARY HONOR The chef’s hat, or toque, has a long and rich history. In the kitchen, most chefs wear a number of different… END_OF_DOCUMENT_TOKEN_TO_BE_REPLACED

SINGERS AND MUSICIANS WHO WERE ABUSED AS CHILDREN

…And lived to sing the tale. By Frank Donovan Many artists come from difficult backgrounds: physical, verbal, and sexual abuse, freak accidents, illnesses, among other trials and… END_OF_DOCUMENT_TOKEN_TO_BE_REPLACED

In Memory of Van Halen

Beth Hart “With You Everyday”

Beth Hart (born January 24, 1972) is an American singer, songwriter and musician from Los Angeles, California, United States. She rose to fame with the release of… END_OF_DOCUMENT_TOKEN_TO_BE_REPLACED

America On Coffee is a blogging network dedicated to the preservation of the U.S.A.'s culture, heritage and traditions.The simple things of life are what we share best.Great coffee, wholesome people, make it all the better. AmericaOnCoffee (AOC) authors its 'owned', shared works.  Shares that are not authored by (AOC),  DO NOT belong to (AOC) BUT belong to their own rightful owner. For any questions you may have, business or general, contact AmericaOnCoffee, here on-site. You may also tweet us: @americaoncoffey