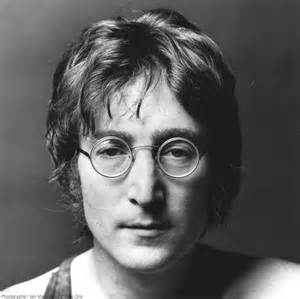 “Instant Karma!” – sometimes referred to as “Instant Karma! (We All Shine On)” – is a song written by English musician John Lennon, released as a single on Apple Records in February 1970. In the UK, the single was credited to “Lennon/Ono with the Plastic Ono Band”. The song reached the top five in the British and American singles charts, competing with the Beatles’ “Let It Be” in America, where it became the first solo single by a member of the band to sell a million copies.

“Instant Karma!” was written, recorded and released within a period of ten days, making it one of the fastest-released songs in pop music history. The recording was produced by Phil Spector, marking a comeback for the American producer after his self-imposed retirement in 1966, and leading to him being offered the producer’s role on the Beatles’ Let It Be album (1970). Recorded at London’s Abbey Road Studios, “Instant Karma!” employs Spector’s signature Wall of Sound technique and features contributions from George Harrison, Billy Preston, Klaus Voormann and Alan White. The B-side was a song composed and performed by Yoko Ono, titled “Who Has Seen the Wind?” Recently shorn of the long hair synonymous with their 1969 campaign for world peace, Lennon and Ono promoted the single with an appearance on Britain’s Top of the Pops.

“Instant Karma!” has appeared on many Lennon compilations, including Shaved Fish (1975), Lennon Legend (1997) and Power to the People: The Hits (2010). A version recorded at the “One to One” concerts in August 1972 was included on his posthumously released Live in New York City album (1986). The song continues to receive critical praise as one of the finest recordings from Lennon’s solo career. Paul Weller, Duran Duran, and U2 are among the acts who have covered “Instant Karma!”, the chorus of which inspired the title to Stephen King’s 1977 novel The Shining. Wiki

Thank you for your visit today! We are always happy to hear from. Leave us your smile, a heart or a comment and we will tkebthat as a gesture of appreciation for what we share. Cheers! Cancel reply

The Very Beginnings of a Young Chef

THE TOQUE IS A CULINARY HONOR The chef’s hat, or toque, has a long and rich history. In the kitchen, most chefs wear a number of different… END_OF_DOCUMENT_TOKEN_TO_BE_REPLACED

SINGERS AND MUSICIANS WHO WERE ABUSED AS CHILDREN

…And lived to sing the tale. By Frank Donovan Many artists come from difficult backgrounds: physical, verbal, and sexual abuse, freak accidents, illnesses, among other trials and… END_OF_DOCUMENT_TOKEN_TO_BE_REPLACED

In Memory of Van Halen

Beth Hart “With You Everyday”

Beth Hart (born January 24, 1972) is an American singer, songwriter and musician from Los Angeles, California, United States. She rose to fame with the release of… END_OF_DOCUMENT_TOKEN_TO_BE_REPLACED

America On Coffee is a blogging network dedicated to the preservation of the U.S.A.'s culture, heritage and traditions.The simple things of life are what we share best.Great coffee, wholesome people, make it all the better. AmericaOnCoffee (AOC) authors its 'owned', shared works.  Shares that are not authored by (AOC),  DO NOT belong to (AOC) BUT belong to their own rightful owner. For any questions you may have, business or general, contact AmericaOnCoffee, here on-site. You may also tweet us: @americaoncoffey